Located in Löddeköpinge, Sweden, Primozone produces and markets environmentally friendly ozone generators for water treatment. Sales associates are frequently located overseas, often in the United States and South Korea. Microsoft Office 365 tools, including Teams and SharePoint Online, have unified company knowledge and strengthened communications. The company has also streamlined its new-employee onboarding process thanks to searchable client relationship histories in Teams and a unified home for documents and collaboration within SharePoint.

Founded in 2000, Primozone set out to develop an efficient, eco-friendly water treatment unit by modernizing the century-old process of ozone generation. By 2006, the first wave of these new ozone generators were deployed in the field. Not only was the technology more efficient than its predecessors, it was compact, environmentally friendly, and cost-effective.

Today, this Sweden-based company has customers across the globe, with many of its sales associates located overseas in the United States and South Korea. With 30 employees ranging in specialty from designers and product developers to marketing and sales representatives, strong cross-departmental communication has become increasingly important.

”We can adapt easily to our customers need, compared to large companies. Office 365 works in the background to help us do that”

The successful entry of the company’s product to the market also meant that Primozone was growing rapidly, with sales doubling between 2015 and 2018. This led to the rapid onboarding of new talent during the 2017 calendar year. Hired to keep up with demand, these new employees needed to become product experts quickly, without sapping productivity from the existing team.

On top of the demands of a growing business, Primozone also faced a growing security threat. The company’s patents and other intellectual property made it unique in the water treatment sector. It also made Primozone a target. The company has already faced security threats from malicious actors, and with market share on the rise, leadership at Primozone knew they would need to guard against any potential threats.

When Primozone began discussing the cloud-based services of Microsoft Office 365, company leaders knew they needed tools that would help employees work together better. “One of our main issues was that we couldn’t collaborate, with customers or with each other. Real-time collaboration, for instance editing documents in SharePoint Online, is much easier with Office 365,” says Primozone Operations Manager Susanna Rehn Hedlund.

In September of 2017, Primozone switched from the existing on-premises solution to Office 365. The new infrastructure was implemented across 30 workstations and 30 mobile devices, assuring that every employee was able to connect from wherever work took them. Since implementing Office 365, Primozone has made extensive use of the Microsoft Teams chat-based workspace. Group conversations through Teams provide company-wide insight into operations. Teams are organized for each customer installation, allowing the assigned automation engineers, project managers, and construction personnel clear, unified visibility into their roles and timetables in the current project.

Establishing a single source of truth

Alongside Teams, Primozone has harnessed the capabilities of both Microsoft SharePoint Online and OneDrive to create a consistent way to share and store information. Internally, SharePoint has become the hub of company knowledge, housing patents, documentation, and important certifications, and the tool Primozone prefers to use when sharing data with customers. “When we work on customer projects, there are lots and lots of manuals and unique project documentation to manage. It’s really good to have that all in one place,” says Hedlund.

Primozone previously worked from an on-premises version of SharePoint but had no cloud-based backups of sensitive company documents, and it was time-consuming to share new or updated documents with employees. ”Before,” admits Hedlund, “if anything happened to our onsite servers, we couldn’t do anything about it.” By housing documentation in the cloud and automatically updating everything to the newest version with SharePoint Online, Primozone resolved those issues. Now everyone was on the same page.

”Twice we’ve had someone get into our system and try to make us pay them money. Thankfully, the Office 365 license we’re using now has broader security.”

Transitioning to the cloud with ease

Like many companies looking to modernize their workflows, Primozone was wary of downtime during the transition to Office 365. That worry proved insubstantial when implementation took a single day and onboarding lasted only the remainder of the work week.

During the months following implementation and onboarding, the transition has continued to pay dividends. New employees find the onboarding process brief and intuitive thanks to a combination of reliable documentation found on SharePoint and easily searchable project histories in Teams.

Existing employees have also benefited in ways they had not anticipated. “One of our sales guys left his computer at home one day,” Hedlund remembers. “He lives far away, so he couldn’t go back and pick it up. Instead, he just took another PC, logged on, and he had everything he needed.”

The final aspect of the modernization plan at Primozone was security, and its successful implementation was vital to the company. ”Twice we’ve had someone get into our system and try to make us pay them money. Thankfully, the Office 365 license we’re using now has broader security,” says Hedlund. With multiple layers of built-in security, including encryption and threat management tools, businesses running Office 365 can prevent a range of attacks and detect potential threats, like ransomware, without impacting the daily lives of their employees.

”We couldn’t collaborate, with customers or with each other. Real-time collaboration, for instance editing documents in SharePoint Online, is much easier with Office 365.”

With company data housed in the cloud, every device operated by Primozone has additional data loss prevention features. In the case of a misplaced or stolen device, Primozone can simply wipe the lost device of all sensitive data remotely.

As business at Primozone continues to grow, sales and marketing employees will find themselves working from a growing list of customer destinations. With Office 365, everyone involved in the production and sale of the company’s innovative technology can rest easy, knowing their data is safe and up to date, their lines of communication are open and diverse, and their new horizons are bright. 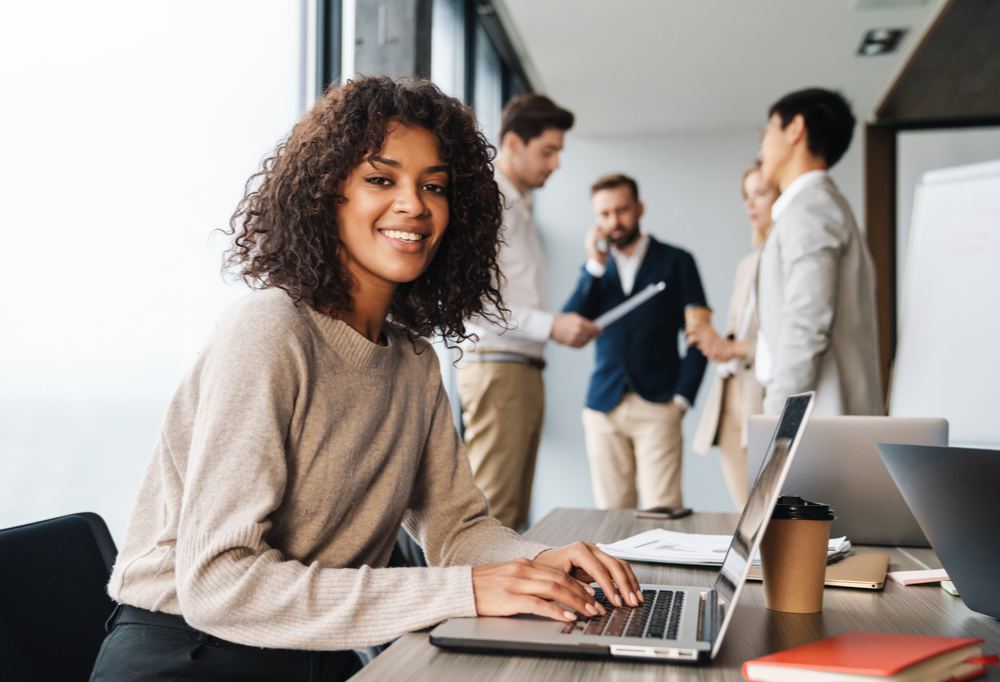